This is a placeholder for your sticky navigation bar. It should not be visible.

Antiquity – The Great Flood covers the earth and only Noah and his ark survive. Future insurers decide that the peril of flood is uninsurable and make plans to exclude it as soon as convenient. 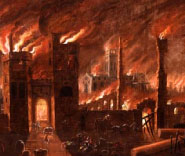 September 2, 1666 – The Great London Fire occurs and everyone is uninsured. Nicholas Barbon subsequently opens up the Fire Office Insurance Company, which turned into a thriving business and cements the place of London in insurance history.

1752 – Ben Franklin creates the first American insurance company named “The Philadelphia Contributorship for the Insuring of Houses from Losses by Fire.” History credits Ben with another ingenious invention, but judges him a failure at thinking up catchy names for new companies.

December 16,1811 – New Madrid Earthquake, the largest in recorded history, occurs in southern Missouri. The good news: no one there at the time.

April 18, 1906 – San Francisco Earthquake occurs, but no one insured against earthquake. Fire causes most of loss anyway. Cuthbert Heath of Lloyds of London telegraphs his agent in San Francisco giving instructions to “pay all claims.” The reputation of Lloyds soars. Importantly, the concept of “fire following” is born. 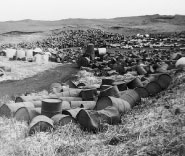 1947 – 1952 – Love Canal. Hooker Chemical buries thousands of tons of toxic chemicals at this site in Buffalo, NY, area and then sells the property to the Board of Education for $1 in 1953, a seemingly shrewd move at the time.

April 1,1962 – The College of Insurance is established in a drab downtown New York City office building. Its official mascot is the turtle and its only intercollegiate sport is bowling. Bernard M. Brown graduates in 1971.

1980 – Love Canal redux. The seemingly shrewd move by Hooker Chemical turns into an exploding cigar as they and their insurers are ordered to pay hundreds of millions of liability claims to homeowners who built on top of the toxic waste site. Insurers decide that pollution is uninsurable and exclude it in future polices.

Early 1990’s – Lloyds of London almost goes under. Esteemed insurance market must help pay for all those Love Canal as well as other pollution claims. 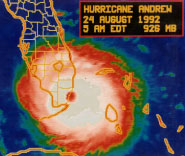 February 26, 1993 – First terrorist bombing of WTC. No one in insurance business thinks about excluding Terrorism, which turns out later to be a really big mistake for them and a lucky break for subsequent leaseholders. Insurance titan Warren Buffett is quoted in Wall Street Journal after the 2001 attacks as saying “we goofed.”

April 27, 1996 – Insurance Advisors LLC is incorporated and sets up shop in Greenwich, CT. Wendy Panzer is hired so that Bernie Brown has more time for golf. 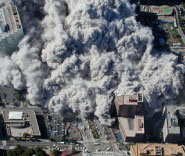 September 11, 2001 – Terrorist attacks become the largest losses in insurance history. Insurers decide that Terrorism is uninsurable and move to exclude it.

September 12, 2001 – WTC leaseholder discovers that he has no insurance policy in hand, only a bunch of hard-to-decipher binders and a string of inarticulate emails from his insurance broker. All hell breaks loose. Wealth creation ensues for lawyers and insurance consultants.

January – November 2002 – Dark Ages of commercial real estate lending and servicing as borrowers and servicers scream at each other and slam phones down over the issue of buying Terrorism insurance. 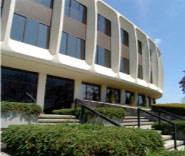 November 2002 – Terrorism Risk Insurance Act (TRIA) passes. Lenders and borrowers breathe a huge sigh of relief. Insurers bask in the glow of self satisfaction that comes when it is realized that they will be collecting substantial premiums and that all Terrorism losses will be reinsured by Uncle Sam.

January 2004 – ACORD 28 Form introduced by insurance industry as a clear improvement to existing form in use. Insurance agents and brokers, instinctively abhorrent of change, not to mention clarity, choose to ignore it, pretend they never heard of it, or offer an array of creative excuses why they will not employ it including its expense ($125 annual subscription).

2005 – Elliott Spitzer, New York’s Attorney General, sues the pants off major insurance brokers, accusing them of conflict of interest by accepting “contingent” commissions from insurers while at the same time failing to invite him to their golf outings. 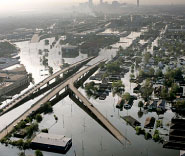 August 2005 – Hurricane Katrina becomes the largest loss in insurance history. Insurers decide that much more of the East Coast is uninsurable for Wind and move to exclude coverage where possible. Deductibles begin to approach policy limits for many policyholders. 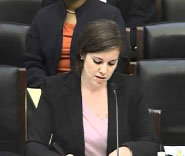 December 2005 – Terrorism Risk Insurance Extension Act (TRIEA) passes, providing a Federal backstop for two more years. Lenders and borrowers breathe a sigh of relief and generally choose to ignore what will happen in 2008. Insurers keep charging more premiums for Terrorism and pass the majority of risk to Uncle Sam. It’s been a great business to be in since 2001: billions of premiums and no losses.

May 2006 – Tim Deane of Babson Capital and LaShonia Murphy of Ginnie Mae each win four bottles of flavored Absolut Vodka at the Insurance Advisors LLC drawing held in Phoenix during the MBA Asset Administration and Technology Conference. 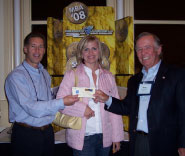 June 2008 – The canny relocation of Insurance Advisors in March 2003 (see above) to a location closer to Bernie Brown’s favorite golf course pays off big time as he captures the Men’s Club “D” flight championship, defeating four other sand baggers along the way. 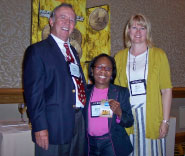 September 2011 – After worst series of tornado losses in history, insurers ponder whether to exclude tornados on the theory that they might cause future losses.

January 2015 – Terrorism Risk Reauthorization Act passes and is signed into law by President Obama. The extension goes through year end 2020, thereby providing more time for Bernie Brown to play golf as there are fewer Terrorism questions to answer going forward.

October 2015 – Bernie Brown gets his handicap down to 22.5, barely under the limit imposed by St Andrews in Scotland of 24, and plays the Old Course on October 8, finding six bunkers on back nine and shooting a 108. 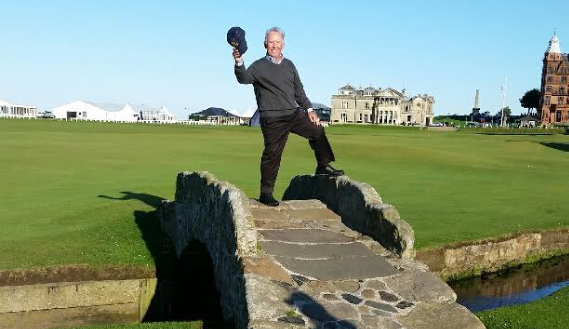 Bernie Brown gets his handicap down to 22.5!

To be continued … what will the future hold?